TOUR SCHEDULE: Please find the complete tour schedule here and visit the other bloggers to show some love. There’s also a giveaway so scroll below for more details!
Thank you for all your support!

Disclosure: I voluntarily reviewed a complimentary copy of this book which I received from the author. All views expressed are only my honest opinion.

Dressed in nothing but Christmas lingerie, Carina has a bellhop deliver her in a gift box to her fiance’s hotel room, but the last thing she expects when she is unwrapped is to see a sexy stranger in holiday boxers who looks like he just stepped off a magazine cover – definitely NOT her fiancé! How in the silver bells was she delivered to the wrong room?

As the owner of a small flower shop, Carina’s surrounded by romance on a daily basis. Her workaholic fiancé has been distant for the past several months, so she decides to drive from Baton Rouge to New Orleans to surprise him on Christmas Eve. However, that distance between them has brought loneliness, and the mere thought of the sexy stranger plucks at her mistletoe. When she discovers the reason for her fiance’s lack of attention, will she put him on Santa’s naughty list and take the stranger for a sleigh ride?

Order your copy now!
Get it here: Amazon | Kobo | Goodreads
Add this to your TBR on Goodreads

At the beginning of the story, Carina wants to impress her boyfriend/fiance, Bert, and make an effort in their relationship. Four years is a long time, so she tried to spice things up with Bert. Her idea would have been great if only she were not in the most compromising position inside a Christmas box in a stranger’s hotel room with only her underwear. This scene is a definite book-stopper! When She did find the correct room number, she got another surprise that tipped everything.

Conrad “Rad” LeBlanc has recently escaped his ex-girlfriend who cheated on him with her best friend. It was an experience that he would rather forget asap, so he and his friend set-off for a guys-only weekend in New Orleans. He was not there to hook up like his buddies were but wanted to have some alone time…or so he thought. It wasn’t until Carina jumped out of her make-shift refrigerator box that Rad had second thoughts of being alone on this particular trip.

The Christmas Mistake is not your typical insta-love story, though you might think based on the beginning of the first chapter or two. This story is your unexpected reunion in an embarrassing situation. The coincidence of finding yourself in front of a stranger’s front door of someone with practically little to the imagination is a horrifying and yet enticing one. Good thing that someone did not mind and seemed to have met you already, then finding out that you truly did not know your fiance as what you thought.

The story is a novella in a unique diary-style delivery. It would tell the story from the POV of Rad and Carina at the same time – one after the other in the following chapter. I found it refreshing because it gave me a peek into what the other is thinking in their head at that moment in time. Each smirk, glance, and action was explained and accounted for with purpose. Things were not what they seem in the end. This story is different from the usual rom-com books wherein moments would have passed, and the main characters self-reflect after-the-fact.

Carina was engaged to a man who did not respect her. Bert selfishly used Carina for so long, and when he got caught, he dared to deflect the situation towards her! I was happy to see that she did not flinch and was brave in telling him off!

Two good things came out of her Christmas box mistake, she:
(1) finally found out the truth about her and Bert’s relationship status, and
(2) she got reunited with an old lost friend, Rad, who did not recognize since he changed so much.

Carina and Rad’s childhood attractions resurfaced, but both were worried to be “rebound partners,” so none of them acted outside of being a good friend and support system. They dated other people in the middle, but there was always something wrong or not working between their respective partners. Carina and Rad would always end up being each other go-to soundboards, strengthening their friendship and attraction. If only they were truthful with each other, it would have caused less hurt for them. Honesty could have healed their lonely hearts earlier.

In the end, I like the story and how the author gave Carina and Rad their HEA. It was not all rainbows and flowers but more of a lot of “trial and error.” There was no cheating, but more like Carina’s and Rad’s timing was the issue for them. It takes a realistic look of love – that even after all those years apart, one cannot deny what the heart wanted from the start.

When the kiss ended, she stared into his eyes. “I see you now.”

Josephine Templeton has six published novels that range from historical romance to urban fantasy. She has been to numerous conferences, including Heather Graham’s Writers for New Orleans, as well as a former member of Romance Writers of America.

Up for grabs is a $25 Amazon gift card, a paperback copy AND an eBook copy of The Christmas Mistake. Contest ends on December 10, 2020.
Click on the link to join (I know you want to!) at Rafflecopter RIGHT NOW!

2 Replies to “The Christmas Mistake by Josephine Templeton” 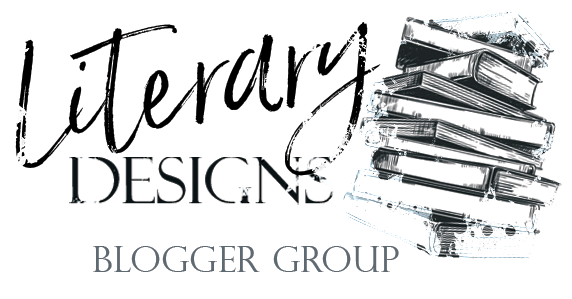 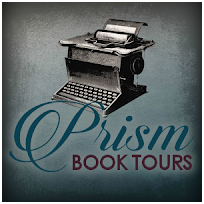